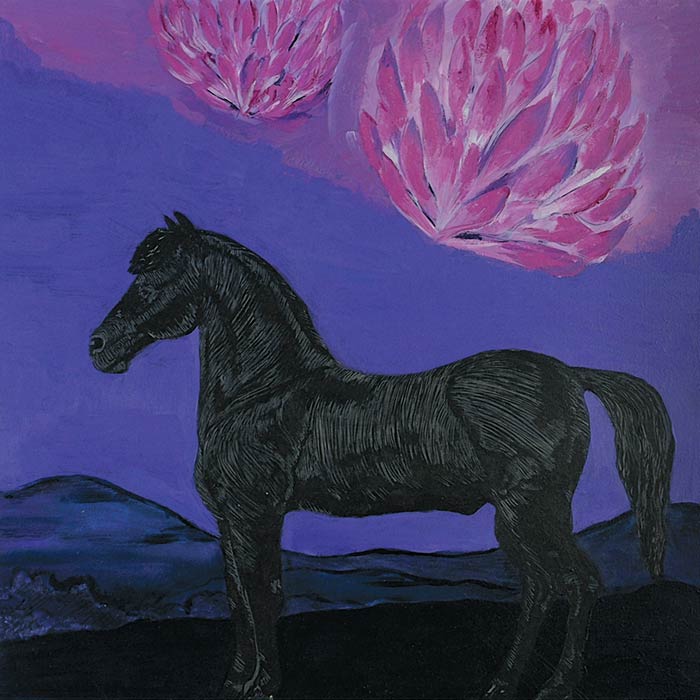 “Figure” was the first Morgan horse stallion. He was owned by a music teacher named Justin Morgan. Soon the little horse became famous around the area near his Vermont farm. He could race (never lost one), pull logs, drive carriages, and carry his master from home to school. As a stud, he fathered many offspring. After his owner, Justin Morgan, died, Figure was sold to various owners. Figure took on the name “Justin Morgan” and outlived his namesake by many years. At the age of 30 years old, Figure was kicked by another horse and died of infection. At his death, Figure was just another retired horse in the pasture, but his story would live on forever.
The picture of Figure is made to look like that of a woodcut completed in the late 1700’s. The Morgan horse is Vermont’s state animal. I worried about the pink/purple background until I researched Vermont’s state flower…the red clover!