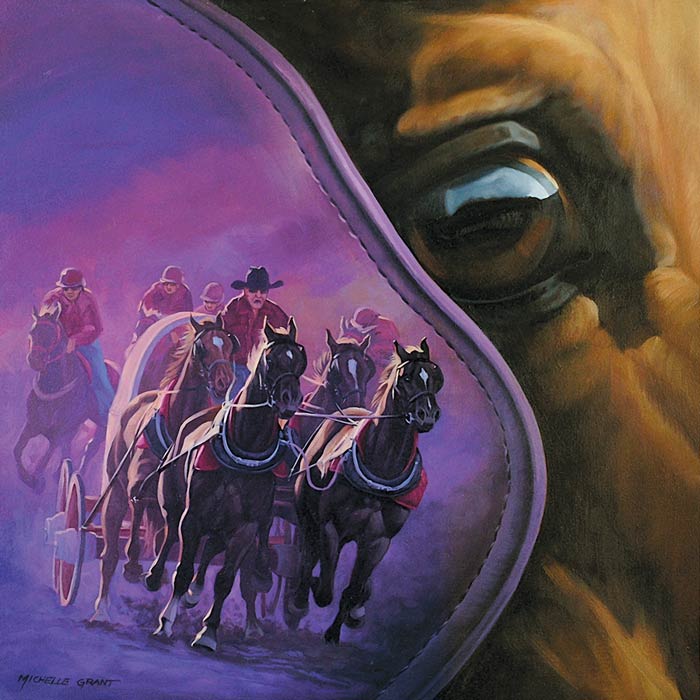 Title: Half Mile of Hell

Chuckwagon racing is an exhilarating sport that originated at the Calgary Stampede, in 1923. “The Half Mile of Hell” not only refers to the distance of the race, but also for the excitement and danger generated as four Chuckwagon teams jostles for position at breakneck speed.
Each Chuckwagon team consists of a driver and wagon pulled by four thoroughbred race horses, and four outriders also mounted on thoroughbreds. The outriders are responsible for pitching tent poles and a barrel that doubles as a stove into their respective wagons at the sound of the starting horn. Each team must then complete a figure eight pattern around two barrels before hitting the main track at breakneck speed.
A keen desire to race and win is evident in the eyes of the horses, something I have tried to capture in this panel. I have incorporated a Wagon team on the blinker of the horse, depicting them as they speed into the first corner of the racetrack.
http://www.halfmileofhell.com
Menu
Facebook-f Instagram Youtube Twitter
Copyright 2020 © All rights Reserved. Mural Mosaic Inc