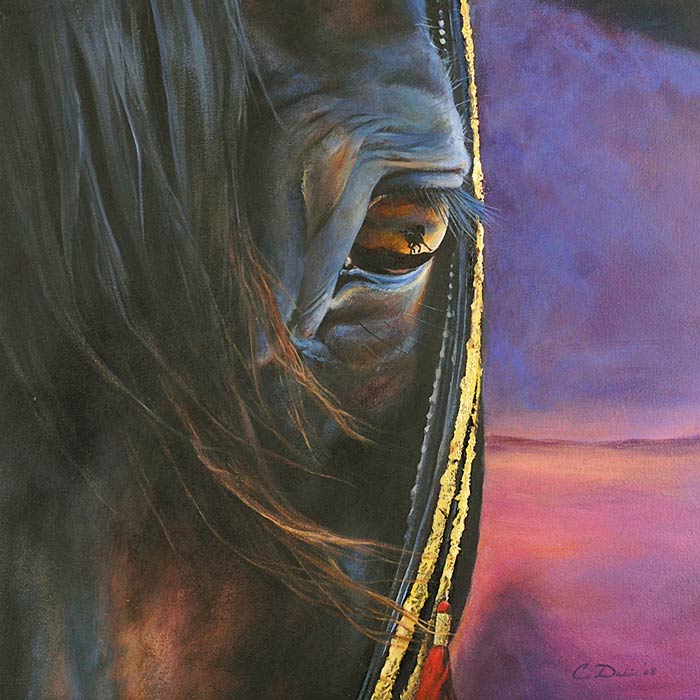 … and God took a handful of Southerly wind, blew his breath over it, and created the horse.” – Bedouin Legend
With a domesticated history dating back several millennia, the Arabian horse is considered the eldest and most important of all modern equine breeds influencing every major light horse breed today. The origin of the breed can be traced to the arid, desert region of the Nejd in the Arabian Peninsula, a harsh environment in which the basics of life, food and water are scarce, and have demanded the evolution of a superior equine athlete of exceptional intelligence, uncommon courage, and tremendous stamina. The Bedouin selectively developed this war horse with oral tradition boasting their finest stock having descended from the stables of King Solomon in Megiddo around 700 BC. Amongst the Bedouin, the life of the Arabian horse was starkly unromantic, the horse of the desert being both warhorse and wealth for the Bedouin, providing a sense of power, transportation and the facilitation of fundamental commerce to the starkly practical and oftentimes bleak existence of the nomad. The relationship with their horses was essential to their survival, and consequently were a creature most prized above all earthly possessions.
Menu
Facebook-f Instagram Youtube Twitter
Copyright 2020 © All rights Reserved. Mural Mosaic Inc