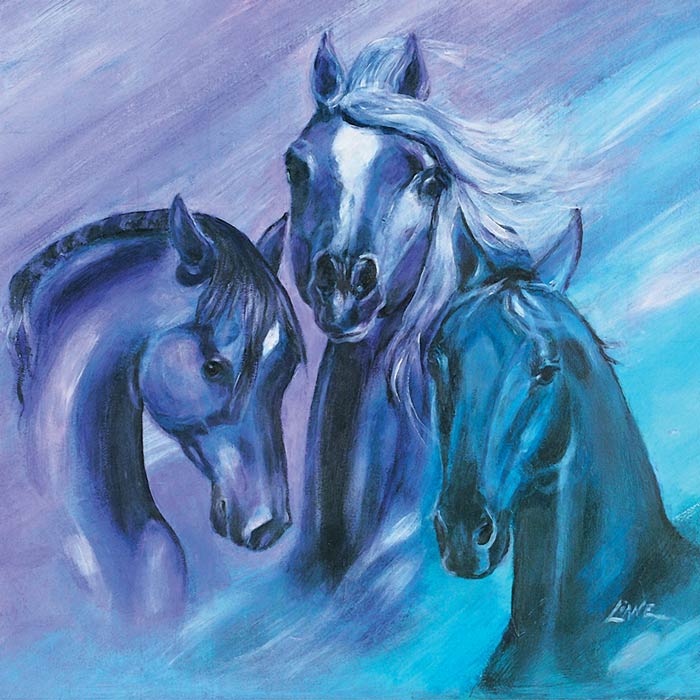 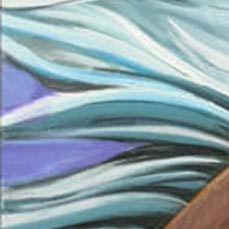 Named after their respective owners, these three stallions were brought to England by Thomas Darley, Lord Godolphin and Captain Robert Byerley from the Middle East around the turn of the 17th century and bred to the native sprinting mares. These sires brought courage, heart and speed to the Thoroughbred breed. The resulting offspring were horses that could carry weight with sustained speed over long distances.

The Godolphin Arabian
The first horse depicted was foaled in Yemen in 1724. After being shipped to Syria and then to Tunis, he was given to the King of France as a gift. Among the many famous horses he sired were Lath, Cade (full brother to Lath), Blank and Regulus. Another son, Janus, was a tremendous sire of quarter mile runners in colonial America.
The Godolphin has been referred to as a “Barb”, because of his believed country of origin, Tunisia, on the Barbary Coast. He had a small head (plain headed and lop eared as described by some) on a well arched, crested neck along with great bone, action, and a fiery temperament.
The horse portrayed in the artwork is one that could be interpreted as an Arab or a Barb or one of the Arab-Barb crosses that North Africa has been breeding for many centuries.

The Darley Arabian
The second of the three foundation stallions to be imported to England was the Darley Arabian from the Muniqui strain noted for their swiftness. He was foaled in 1700 and bought by Thomas Darley in Aleppo (Syria) in 1704. Over 95% of thoroughbreds are descended from the Darley Arabian and his great-great-grandson, Eclipse.
The horse in the center, the Darley Arabian, is based on a photo by Scott Gipson at Forgotten Lane Farm, of the magnificent Cardsharp, former racing Arabian in Texas. I used some artistic license, as the Darley Arabian was a bay. I chose a flaxen chestnut to blend with the hues in the panel.

The Byerley Turk
The third stallion had been ridden at the Battle of the Boyne in 1690 by Captain Byerley and brought to England thereafter. Herod, sired by the Byerley Turk, was foaled in 1758, and proved to be a very successful sire himself.There is a possibility that he was a Turkoman horse, rather than an Arabian. Turkic horsemen produced steeds for the Ottomans. Turkoman horses are long necked, have big ears and eyes, a commanding presence and a lot of ego, a quality which the Turks desired above all. This is the type of horse I attempted to portray in my third horse.